The Weird and Wonderful World of Insurance

The Weird and Wonderful World of Insurance 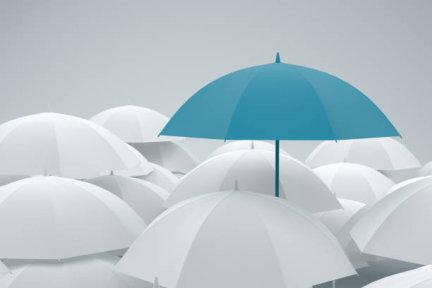 We came across this amusing (but true) insurance story with an interesting twist. Only in America!
A lawyer in Charlotte, NC purchased a box of very rare and expensive cigars, then insured them against fire among other things.
Within a month, having smoked his entire stockpile of these great cigars and without yet having made even his first premium payment on the policy, the lawyer filed a claim with the insurance company.
In his claim, the lawyer stated the cigars were lost "in a series of small fires."
The insurance company refused to pay, citing the obvious reason: that the man had consumed the cigars in the normal fashion.
The lawyer sued....and won! In delivering the ruling the judge agreed with the insurance company that the claim was frivolous.
The judge stated nevertheless, that the lawyer held a policy from the company in which it had warranted that the cigars were insurable and also guaranteed that it would insure them against fire, without defining what is considered to be "unacceptable fire," and was obligated to pay the claim.
Rather than endure lengthy and costly appeal process, the insurance company accepted the ruling and paid $15,000.00 to the lawyer for his loss of the rare cigars lost in the "fires."
But, after the lawyer cashed the check, the insurance company had him arrested on 24 counts of ARSON!
With his own insurance claim and testimony from the previous case used against him, the lawyer was convicted of intentionally burning his insured property and was sentenced to 24 months in jail and a $24,000.00 fine.

Popular Insurance Articles
Insurance: The Absolute Basics
Insurance has often been considered by many as a necessary evil. But for the majority of people, insurance offers real security, peace of mind and forms a fundamental platform for a more certain financial future. Understanding the basics of insurance and how it works will be enlightening for many.
Types of Insurance Policies Every Business Owner Should Consider
Protecting business investment with insurance is a critical part of every sensible business owner's business plan. Insurance protects businesses from unexpected financial risks due to natural disasters, accidents, liabilities and losses, which may run in to thousands.
Ambulance Cover: Do You Need It?
Medicare in Australia doesn't cover ambulance services or emergency transport. These services are more often covered by private health insurance. However, private funds are not the only ambulance and emergency transportation service providers available.
Life Insurance: How much is enough?
When considering life insurance, you're planning and preparing for an event that most of us would rather not think about. But life insurance represents a critical step in managing your personal finances and ensuring your family's well-being.
More Insurance Articles
Recent Insurance Articles
5 ways to control your business insurance costs
When it comes to your business insurance, there are a few key things you can do to drive your costs down and ensure you're getting great value.rnTake control of your insurance - it's your business, after all.
Business Insurance Policy and the Importance of the Business Description
Does your insurance company really know what it is your business does? This article will help you to understand the importance of the business description and how it can help to avoid any nasty surprises should you need to make a claim.
Public Liability, Product Liability and Professional Indemnity Insurance
Business liability insurance provides protection for your business against the cost of litigation and claims resulting from third party damages or bodily injuries caused due to negligence of your business. In this article we examine the three main types of business liability insurances and how they may apply to your business.
DIY Review Checklist for your Income Protection Insurance
If you have an income protection insurance plan already - or are thinking about buying one, then you need to be aware that these policies require regular maintenance and careful scrutiny to ensure that they adequately meet your needs. Unfortunately, many people purchase income protection insurance policies only to find out about their shortcomings at claim time.
More Insurance Articles