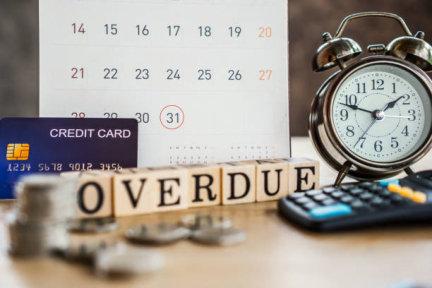 Most people would assume that a default under a loan contract means that payments haven't been made but, as you are about to learn, there are other reasons why a lender may have the right to repossession.

The most likely reason that there has been a default under the contract is because a payment has not been made. Where a mortgage is held over goods (usually a car), other reasons may include:

This term generally means an action that is initiated in court.

Although the credit provider has wide powers to begin legal action to recover a debt, in regulated contracts certain conditions must be first be satisfied:

There are exceptions to these rules.

For instance, where the credit provider has made reasonable efforts to contact the debtor and has been unable to do so.
Remember, if this is a second or later default, the credit provider may have previously informed you that no further notice will be given.
Get legal advice if proceedings have been instituted.

It is possible to seek an extension on the loan repayments if you are in default, but it is best to have a reasonable excuse.

Negotiation is often a good starting point.
For instance, if you were unemployed for a period of time but are now in a position to make the repayments, this might allow an extension to be provided.
Where larger sums are involved, it is important to get legal advice.

Do not agree to a proposal to refinance without getting professional advice from an accountant, lawyer or specialist legal centre/financial adviser.

Repossession can take place under the Consumer Credit Code following the expiry of the appropriate notice period (or following an exception to these rules as above) where the credit provider has a mortgage under the contract (usually a car).

However, repossession cannot place if:

It is still possible to negotiate a deferral of this procedure e.g. if the borrower can prove they are about to receive monies owed to them that will cover the costs.

Sale. The credit provider must get the best price possible for the goods.
On the other hand, it is possible for the original borrower to introduce a buyer to the credit provider.
If the best possible price has not been obtained (this may be difficult to prove if you did not have the goods valued prior to repossession), or the provider unreasonably refuses the person you introduced, you should seek professional advice.

If the amount obtained on the sale does not equal the amount owed under the contract, the credit provider may begin legal proceedings in a local or magistrates court to recover the balance.

If you are the guarantor under a contract you may be liable for the amounts owed. However, this is restricted to situations where:

Under the Consumer Credit Code, any of the parties to the regulated credit contract can ask to get out of a contract if it was unjust or harsh at the time it was entered into. Whether the contract was unjust will depend on the circumstances. It may be because of:

Popular Finance Articles
Credit Card Secret Guarantee
Most people use credit cards in some form or another but few truly appreciate one of the special features of credit cards that make using their credit card to insure their purchases.
Why Payday Lending Enhances Consumer Welfare
Today, We’ll defy the critics and demonstrate why consumer welfare is enhanced within a competitive payday-lending environment.
When should I use a personal loan?
Unsecured personal loans can really help in a pinch. If your savings are low and your car breaks down, for example, such a loan can patch up your life. Or maybe you're buying a big-ticket item and you need backup money to cover a short-term hole in your bank account.
5 Credit Killers
A good credit score speaks volumes about your financial habits. It's the evidence most creditors need to evaluate your credit worthiness.
More Finance Articles
Recent Finance Articles
Knowing these loan finance options will make borrowing easier and save you money
Knowing these 6 types of loan finance options will make it easier for you do deal with brokers and lenders. Once you go from asking for a loan to asking for a "novated lease with a 45% balloon payment" you will be in a far better position to negotiate your loan with confidence.
Choosing the Right Bank
Financial institutions are located all around the world. If you are looking to open a bank account, whether that bank account is a transactional account or a savings account, you have a number of banking options.
The Truth Behind Payday Loans
There’s a lot been said about payday loans. Many claim that the interest rates charged are outrageous. Others say that they are the only source of finance available for those with less than perfect credit score. There is a bit of truth in both claims but there is much more to payday loans than meets the eyes.
Balloon Payment Loans: 6 steps to make the loan profitable
Did you know that you can reduce the monthly payments on a loan to half of what they should be by using a balloon payment? Handled correctly, structuring your loan to include a Balloon Payment will increase your bottom line. Mishandled, a Balloon Payment can cause real headaches. Here are 6 steps to keep it smart.
More Finance Articles

Copyright 2001-2021 Clark Family Pty Ltd
Important: Financial Services Online is a referral service. We provide general information only and we do not offer financial advice. We refer all insurance, finance and other enquiries that are initialted on this and our associated websites to specialist advisers who are licensed in their respective fields. You should always seek professional advice before making important financial decisions.
Top';