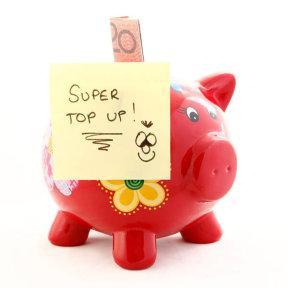 FOUR out of 10 Australians reckon they won't have enough super savings to fund their retirement while a slim majority believe superannuation fund reports are far too complex to be of any use in planning for the future, a survey has found.

The survey by CPA (Certified Practising Accountants) Australia, found six out of 10 Australian women aged 41-55 did not expect to have enough to retire on, but 67 per cent of both men and women in the 56-plus age range were confident they would.

The report found that 65 per cent of Australians accept they are largely responsible for safeguarding their own retirement savings.

"These results challenge suggestions that many Australians have their heads in the sand and are unaware of the need to save for their retirement," said CPA Australia CEO Geoff Rankin.

”Instead, it suggests that many know they need to save, but with current competing financial demands, they simply can't find the funds to direct to their retirement savings."

Still, 85 per cent of those surveyed indicated they read superannuation funds reports, but 51 per cent believe these reports are too complex to be useful.

Thirty-four per cent dismiss them as just company marketing.

Sixty-seven per cent expect to have compulsory superannuation, with 34 per cent of those expecting it to be their primary source of retirement funding.

Just over half have voluntary superannuation and, of these, 21 per cent expect it to be their primary source of funding in their retirement.

”The compulsory superannuation guarantee will not provide adequate funds for most Australians, so it's essential people supplement these savings with more voluntary super, or have other investments," Mr Rankin said.

"These survey findings suggest that significantly fewer Australians hold other forms of investments.

They also may indicate that a further, as yet unquantified group, of Australians currently believe they have adequate savings, but may discover that's not the case once they retire."

Copyright 2001-2021 Clark Family Pty Ltd
Important: Financial Services Online is a referral service. We provide general information only and we do not offer financial advice. We refer all insurance, finance and other enquiries that are initialted on this and our associated websites to specialist advisers who are licensed in their respective fields. You should always seek professional advice before making important financial decisions.
Top';