The legal responsibilities of SMSFs

The legal responsibilities of SMSFs 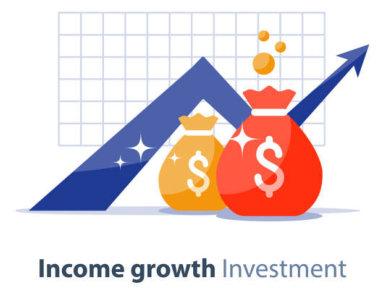 The benefits associated with utilising a self-managed super fund can be significant ... but they come with legal responsibilities - and getting it wrong can be criminal, writes Matthew McKee.
There are many advantages in utilising a self-managed super fund (SMSF) – such as the removal of administration fees associated with retail funds and the ability to control how your super is invested – but those advantages come with legal responsibilities to ensure that the fund complies with strict regulations.
The result is that when the management of a self-managed super fund fails to meet the standard required under the law, the consequences can be drastic – even criminal.
More so at present, as the Australian Taxation Office (ATO) has significantly stepped up efforts to monitor and investigate tax compliance for SMSFs.
The increased focus of the ATO on compliance with regulatory requirements for SMSFs is underlined by the number of trustees of SMSFs that face criminal sanctions for non-compliance with their legal obligations.
The writer recently had reason to be in Downing Centre Local Court for the Commonwealth Criminal matters list. The list contained approximately eight matters – all relating to the failure to lodge taxation returns – of which, at least four matters involved trustees of self-managed super funds.
Failing to lodge a tax return is a criminal offence under section 8C of the Taxation Administration Act 1953 (TAA), and in the context of annual returns for self-managed super funds, is also an offence under section 35D of the Superannuation Industry (Supervision) Act 1993 (Cth) (SIS Act).
The fines for these offences can be significant – particularly where (as is often the case) the trustee of the SMSF is a company.
A first offence under section 8C of the TAA has a maximum fine of $2,200, a second offence has a maximum fine of $4,400, and a third offence (and any subsequent offence) has a maximum fine of $27,500.
The problem is that most cases of failure to lodge tax returns involves more than one offence, as it is usually the case that returns have not been filed for a number of years.
This means that the maximum fine of $27,500 may be imposed on the first occasion that a taxpayer comes before the court for such offences. A first offence under section 35D of the SIS Act can potentially lead to a fine of $5,500.
A criminal offence against a company can potentially have other serious consequences – both for the company and the directors.
Under section 8Y of the TAA, an offence by a company under section 8C of the TAA can potentially lead to imprisonment against the directors of the company, although it should be noted that such a consequence is an extreme one.
Further, an offence can lead to problems with loans, professional accreditations, and the ability to travel overseas.
In the context of SMSFs, there is a further serious consequence for an offence – it can result in the SMSF going from the complying superfund to a non-complying superfund.
This is because an offence under section 35D of the SIS Act is a contravention of a regulatory provision for the purposes of the “compliance test” in section 42A(5) of the SIS Act.
A super fund loses many of its tax benefits when it is regarded as a non-complying fund. As such, non-complying status can result in a significant financial penalty to the fund and its members.
The ATO has discretion as to whether to regard a fund as a non-complying super fund for a contravention of the compliance test.
However, in Practice Statement Law Administration PS LA 2006/19, the ATO indicates that a failure by the trustee to lodge annual returns is a reasonable basis on which to provide notice of non-compliance.
This discretion of the ATO is subject to administrative review, but the limited approach to such reviews can be seen in a recent decision in the Administrative Appeals Tribunal of Triway Superannuation Fund and Commissioner of Taxation [2011] AATA 302 (10 May 2011) where Senior Member O’Loughlin stated as follows:
“It is only natural to have sympathy for the trustees in this matter. Addiction to illicit drugs is a scourge of modern society. And it is not just those addicted who suffer.
The families of those addicted often suffer in many ways, including seeing the destruction of loved ones’ lives and at times by the misappropriation and theft of money and assets by the addicts to finance their habits.
In the present matter, the husband and wife have seen and experienced both of these phenomena, and have had their then retirement savings extinguished.
“However, the SIS Act plays an important role in the wider system of encouraging the community to provide for their own retirement and ease the strain on public welfare resources.
“In the present matter, the breaches of the standards required of superannuation funds to be concessionally taxed are particularly serious.
“While tragic, the present circumstances are not those in which a discretion ought [to] be exercised consistently with the principles governing the exercise of discretionary powers.
To do so, would frustrate the wider objects of the SIS Act by relieving those responsible for superannuation funds of tax imposts where all of the assets of a superannuation fund are deployed inappropriately and lost as a consequence.
Exercising a discretion in these circumstances is not consistent with the objects of the SIS Act.”
These comments suggest that even seriously extenuating circumstances will not be sufficient to mitigate a failure to comply with the regulatory requirements.
There are a number of ways in which the serious consequences mentioned above can be avoided:
SMSFs are attractive to astute investors for many reasons, but there is a trade-off – a responsibility to ensure that the fund complies with its legal requirements, and a failure to meet this responsibility may be criminal.