Loss of income insurance: Case Study
Life Insurance: How much is enough?
Who Needs Disability Insurance?
DIY Review Checklist for your Income Protection Insurance
Why life insurance is a necessity in tough times 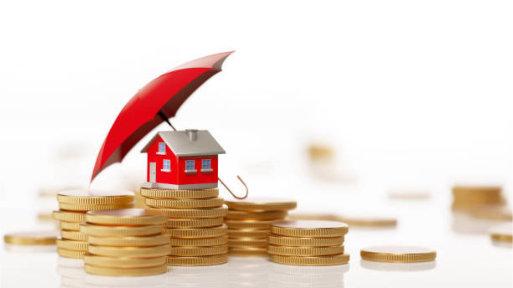 It's trite but true to say that, for most people, their most valuable asset is their ability to earn an income. But how relevant is income insurance to most Australians?
Ask yourself what would happen if you woke up tomorrow and found you were incapable of working for an extended period.
Could you support your household?
Meet your loan repayments?
Save for the future?
Income protection insurance, also known as disability insurance, pays you an income if you are unable to work because of sickness or injury.
You can insure to receive payments (usually monthly) of up to 75 per cent of your current income while you're out of action.

Doesn't WorkCover or my super fund already protect me?

WorkCover protects you if your injury is connected with work. But it doesn't cover you for sickness or if you have an accident hiking on holidays.
It's worth checking on your super fund, though. Many super funds now provide salary continuance insurance which will pay you an income for up to two years if you're unable to work.
This may mean you can get away without income protection insurance, or opt for a cheaper policy.

It's worth talking to an adviser (as opposed to a salesperson) about which one suits your needs. Most insurers have several products on offer and a range of options that come with each product.
The first choice is between an agreed-value policy and an indemnity policy.
With an agreed-value policy, you have to prove your income up front, but once that's done, you know exactly what you'll be paid if you're unable to work.
This type of policy is more expensive, but suits people like the self-employed who have variable incomes and want some certainty about their claims.
With an indemnity policy, the company generally insures you for what you say you earn up front, but asks you to verify your income if you make a claim.
Both types of policy can be increased each year for inflation, but if you're likely to have a rising income, it may also make sense to choose a policy that allows you to increase the sum insured without the need for new applications and medicals.
Income protection policies also come in basic and deluxe versions.
The basic version generally provides you only with income payments while the deluxe version can have add-ons such as paying nursing care or accommodation benefits or paying benefits immediately if you have an accident - rather than insisting on the normal waiting period.
It's also important to understand exactly when you can claim.
All income protection policies include definitions on when you are unable to work.
Some of the cheaper policies, for instance, say you can claim only if you are unable to perform your normal job; other policies will pay if you are unable to perform one or more of your important duties.
Policies also have exclusions - circumstances in which they won't pay - which are worth knowing.
There is also a range of choices to make on issues such as how long you're prepared to wait before making a claim and how long you want the income payments to go for if you do claim.

Premiums can vary significantly.
As a rule, women and blue-collar workers pay more, though the increase in stress-related claims by white-collar workers has resulted in higher premiums - especially for professionals such as doctors and lawyers.

Can I do anything to cut the costs?

Income protection insurance is tax-deductible, so the costs can be reduced by making sure you claim your premiums in your annual tax return. (But any claims you make will be taxed as income.)
Outside this, the simplest way to cut the premium is to opt for a longer waiting period or limit the period in which you can claim.
Waiting periods can extend as far as two years while income payments can be for as little as a couple of years or up to age 65.
Some insurers will give you a discount if you provide evidence of your income up front, and some offer lower premiums if you agree to a 12-month limit on payments for conditions caused by mental disorders such as depression or stress.
Many people also don't realise that they can insure for less than 75 per cent of their income - maybe insuring the full amount for the first two years and then 50 per cent after that.
Needless to say, you can also cut costs by not paying for extras that you don't think you'll need.
But bear in mind that the real test of the policy comes when you make a claim - paying a few extra dollars for certainty can be better than simply taking the cheapest deal going