Why Your Insurance Claim May Not Get Paid 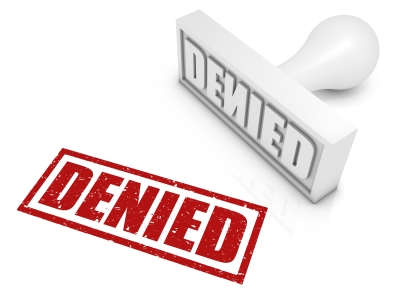 A little bit of knowledge before the event can make a big difference at claim time! This critical article includes information that you will want at hand now so that you can be sure your insurance claims are dealt with fairly when the time comes!

Your insurance company is legally obliged to advise you of any limitations that may apply to your policy.

The law requires the insurer to  these disclosures prior to you signing up for the cover.

They also have to provide you with a clear and unambiguous copy of the wording of the policy.

The insurer us also required to provide you with written notice prior to the expiration of your policy to confirm whether or not they are inviting renewal of the contract.

Failure by the insurance company

If your insurer fails to provide a written notification of pending expiry of the policy, irrespective of whether they intend to offer renewal, they remain liable under the policy.

This liabililty on the part of the insurer continues for up to a further 12 months unless you purchase cover elsewhere in the meantime.

When completing an application form for an insurance policy, it is of paramount importance that you take care to complete all questions as completely and as accurately as possible, irrespective of the type of insurance that you are purchasing.

It is your legal responsibility to disclose everything tat is asked of you and, if you fail to provide the information truthfully then the insurer has the right to cancel the insurance and to knock back any claim that you may make.

Motor vehicle insurance and disability income insurance are where most of the problems arise so you should be especially diligent when applying for those types of cover.

When insuring your household contents, you should ascertain as to whether you insurer requires you to disclose individual items of jewellery, art, collections or other personal valuables.

You shouldn't underestimate the importance of disclosing everything, including things that might seem only minor.

For example, if you are asked to disclose criminal offenses or traffic convictions, don't leave anything out, no matter how minor it may seem.

When applying for life or income insurance, be sure to mention all visits to the doctor, including for minor ailments, check-ups and any tests you may have had - even if the results were clear.

If you have applied for insurance and been declined or had previous insurance claims, it is essential that you detail all of these.

The omission of details relating to any of the above situations could have a disastrous impact on your ability to make a claim, even years down the track.

Whilst the insurer can legally only decline a claim under non-disclosure where it could have influenced their decision to insure you in the first place, it is safest to allow the insurer to make the decision as to what is important than to risk it yourself.

If in doubt, don't leave it out!

If you fail to disclose certain information because you genuinely believed that it was not relevant to the insurer in assessing your application, your non-disclosure may be considered to be innocent.

However, if your non-disclosure was deliberate, then it will be considered fraudulent.

The consequences of fraudulent non-disclosure will be most likely refusal of a claim and, depending on the extent or nature of the non-disclosure, the insurer may elect to take further action against the claimant.

There are a range of things that your insurer might rely on to determine non- disclosure as the grounds to refuse to pay a claim either in part or in full and it is quite common for disputes to occur between an insurer and insured where non- disclosure is the central issue.

Here are some of the key questions to be resolved in non-disclosure disputes.

If you do not renew your insurance policy before the expiry date of the existing cover, your insurer is entitled to reject any claim for a loss that you may incur.

You will have no case in enforcing the contract once it has expired although, depending on the size of your loss and the amount of time that you have been insured with the company, the insurer may, at it's option, consider paying the claim.

Changes to the insured amount

You may find that the amount of cover offered on a renewal notice may differ from the amount that you initially insured.

Irrespective, you must advise your insurance company of any variation to the value of what they are insuring.

Examples would include any home extensions that you have done during the previous year, new valuations received, etc.

If your situation has changed in the previous twelve months, you must inform the insurance company if those changes might result in an increased risk for the insurer.

E.g. you would be obliged to tell your motor vehicle insurer of any driving related charges and convictions that you may have incurred in the previous year.

If the insurer has altered the wording or conditions of their policy, they will normally provide you with written information specific to those changes.

You should pay particular attention to any changes to the policy that are notified to you in this way to ensure that you understand any limitations.

You may be in a position to dispute an insurer's decision to reject a claim if the company fails to notify you of a change that they have made to the contract if that change impacts on your rights in a restrictive manner.

It would be advisable to seek legal advice if your insurer declines to pay a claim in this situation.

Our financial calculators are provided for your free use on this website and are designed to remove some of the guess-work to help you make informed financial decisions.

Please note that some of our calculators may use assumptions that are not necessarily applicable to your current specific circumstances and we therefore cannot always guarantee their accuracy. You should always seek professional financial advice from a licensed professional before proceeding with any financial recommendations.

Contents Insurance Calculator [click]
Use our home and contents insurance calculator for a room by room evaluation of your household contents and personal effects.